Hello friends! Happy New Year! How’ve you been? I had every intention of writing through the holidays, but I surely did underestimate how busy I was going to be. I mean, I knew I was going to have a lot going on, but I wasn’t prepared for the reality of it, you know? Hours after I touched down from Jamaica I had a lingerie shower to go to for my friend, and the wedding-related events continued in the days that followed. Then there was the actual wedding, plus Christmas, New Year’s, and their shindigs. So you know, a lot. It’s been so much fun! And it’s wonderful to be home with family; last year I was in New York for the holidays.

In Jamaica I discovered Christmas cake, which is a holiday staple along with things like sorrel. My stepmum, sister Annaleise and I made an enormous batter, loosely following a recipe we got from the newspaper but dumping in extra everything based on sight and taste. I don’t use the word dumping lightly either. We had a lot of everything to begin with and I’m sure we nearly emptied a bottle of rum, added like 3 cups of flour, heaps and heaps of dried fruit, a couple bottles of browning and a jar of molasses. More was more that night. For my meticulous baker self, this was wild. I tried some before it cooled and thought we were gonna pay for our recklessness, but once it got to room temp it was delicious.

Good thing we had 5 pans worth! I ate a lot of Christmas cake y’all. I brought some home with me too, to share with my mum and Grammy and whoever else wanted to try. It’s like our Bahamian fruit cake, but the fruits are all blended and the texture is more like pudding. Guhhh. Knocks fruit cake out of the park in my opinion. I have to try one myself.

Christmas cake was my favourite dish from this season, but another thing I look forward to every December is sałatka jarzynowa. This is a Polish potato salad that my dad makes to go along with the rest of our wigilia – Christmas Eve dinner. I’ve only ever had his version, which includes pickles, peas, carrots and parsley. It’s so pretty! And the potatoes are diced up small, which my youngest brother actually failed to do this (his first) time around. My sister Anna and I did tease him about that haha. 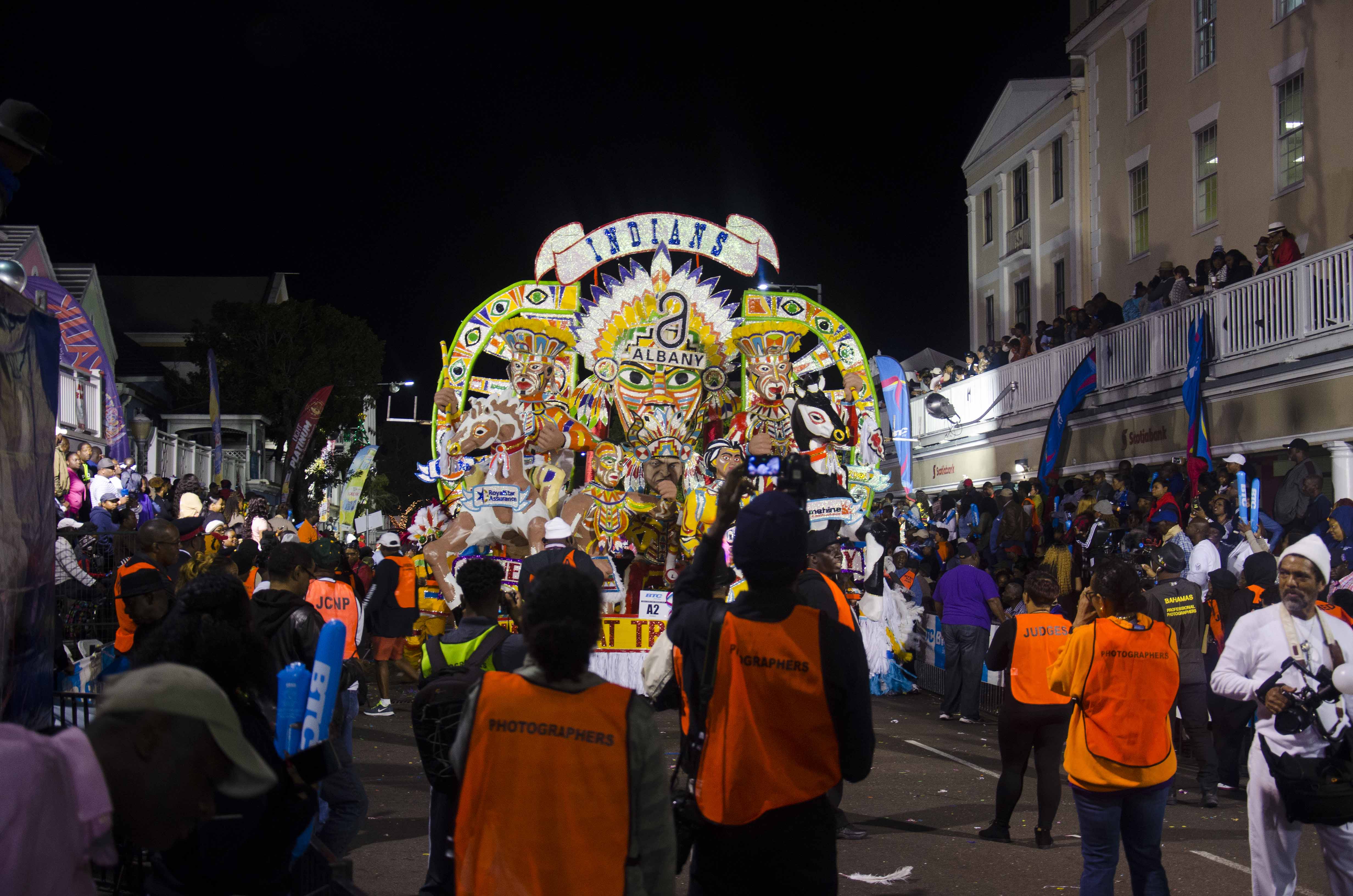 I don’t have pictures of Christmas cake or sałatka jarzynowa for you, but I do have pictures from Junkanoo! I didn’t make it out on Boxing Day, which for the first time in my life actually happened on December 27th because groups weren’t ready. New Year’s morning I was out there though, with my cousin Alex. We had VIP tickets right in Rawson Square, the most important part of the route – at least as far as judging is concerned – and the tickets came with meal vouchers. Score! They had chicken wings, macaroni, chicken souse, Johnny cake, rolls, tea, coffee, cold drinks and cupcakes set up in a room in the House of Assembly. Junkanoo is that serious. 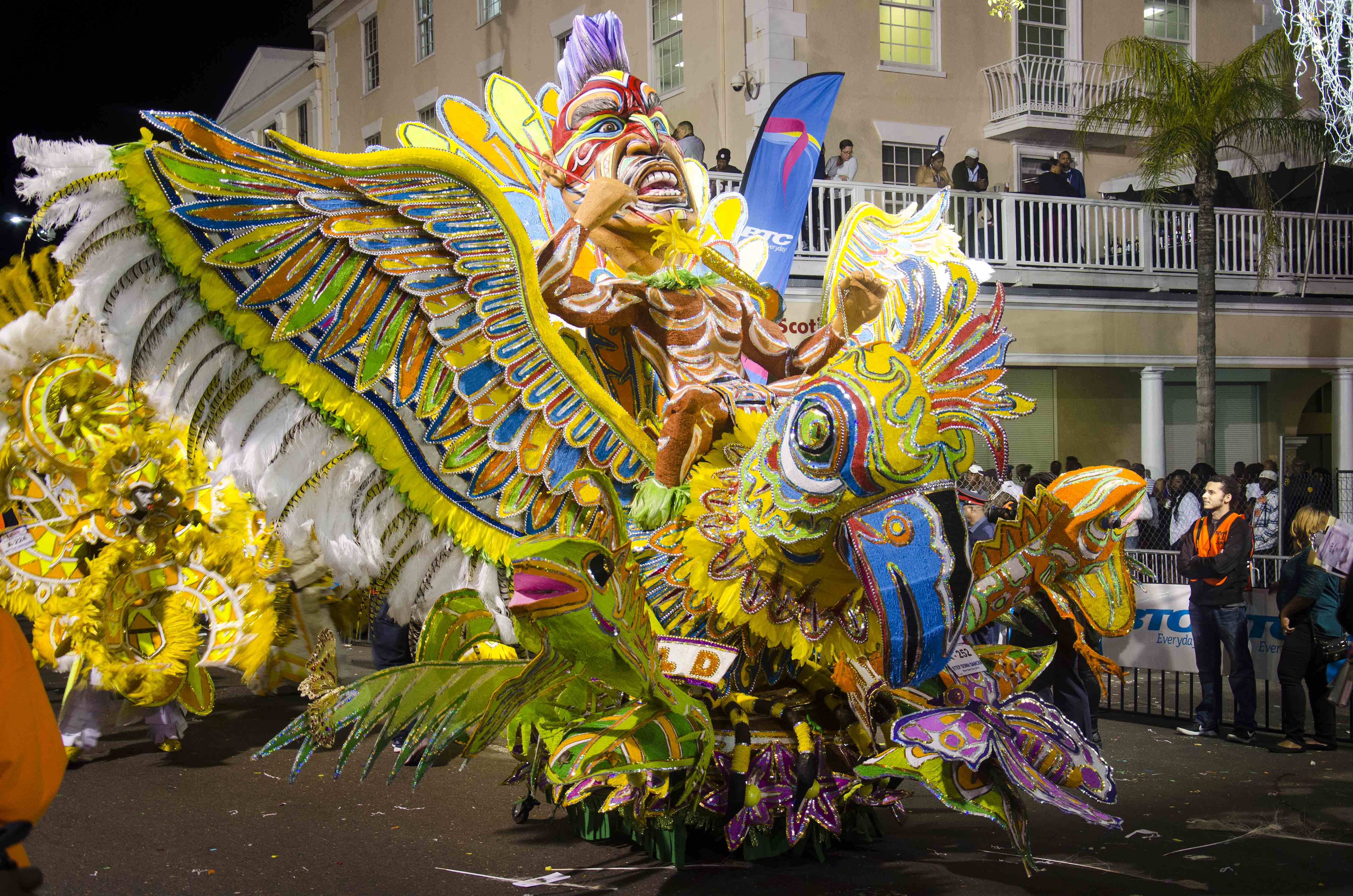 New Year’s Junkanoo starts later in the morning so people have time to go to a watch night church service; this year it was scheduled for 2am. I sent myself to bed at 10.30pm so I could catch a few winks before meeting up with Alex. I completely forgot about the whole countdown to midnight, planned to be up at 1.30am and was jolted awake by fireworks instead. Have you ever been woken by fireworks? It is the most disorienting, scary thing. I’m also reading a WWII novel right now, which I’m sure didn’t help. The experience made me thankful, in a way I’ve never been before, that I’m not living in a war zone.

Eventually I regained my composure, drove down town and drank in all the sights and sounds. Nassau was teeming. I actually got stuck in traffic! Alex was waiting and wondering in the parking lot where we agreed to meet when I finally got there. We still got to see the first big group perform though, and a couple other major ones after that. 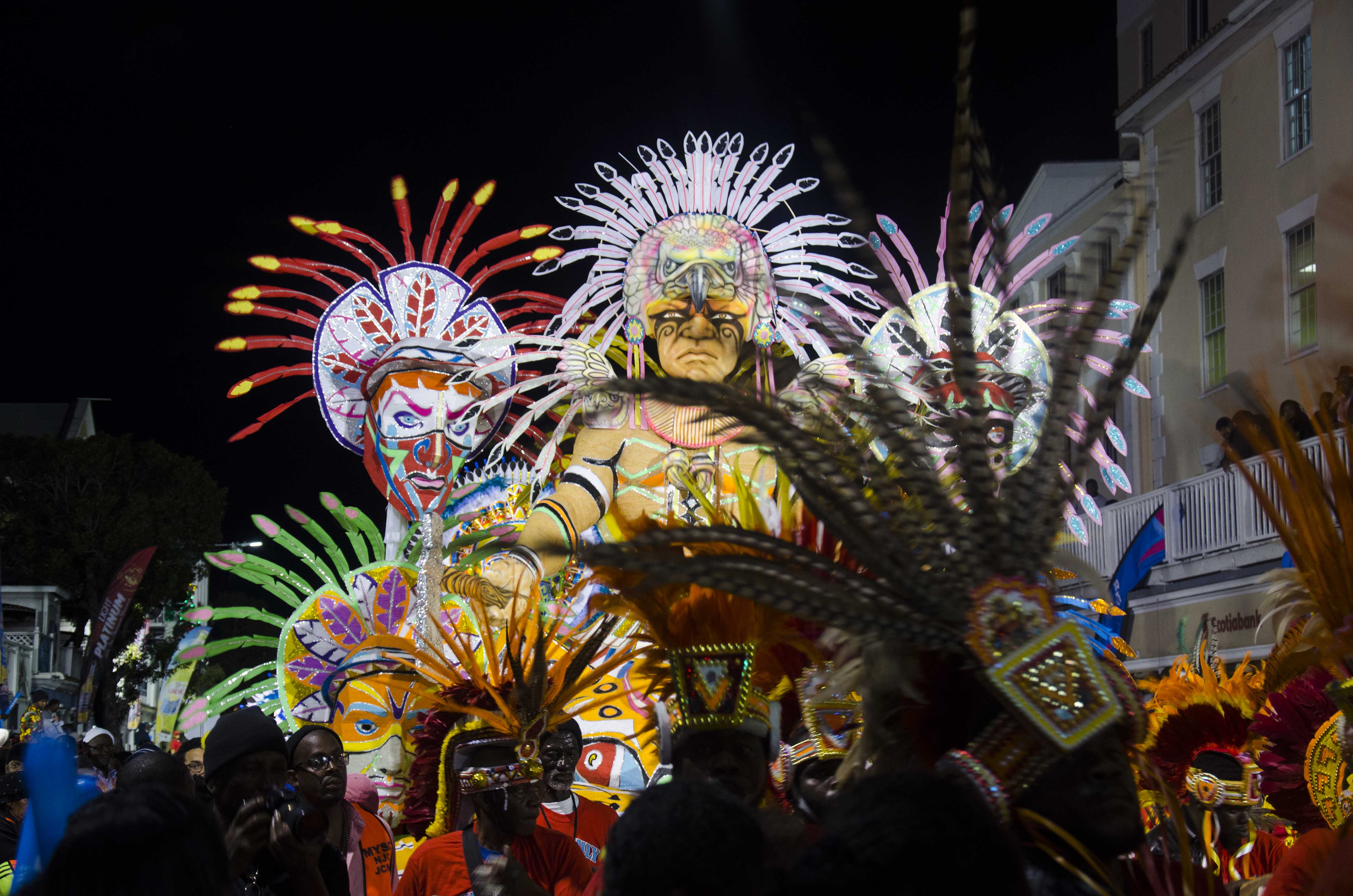 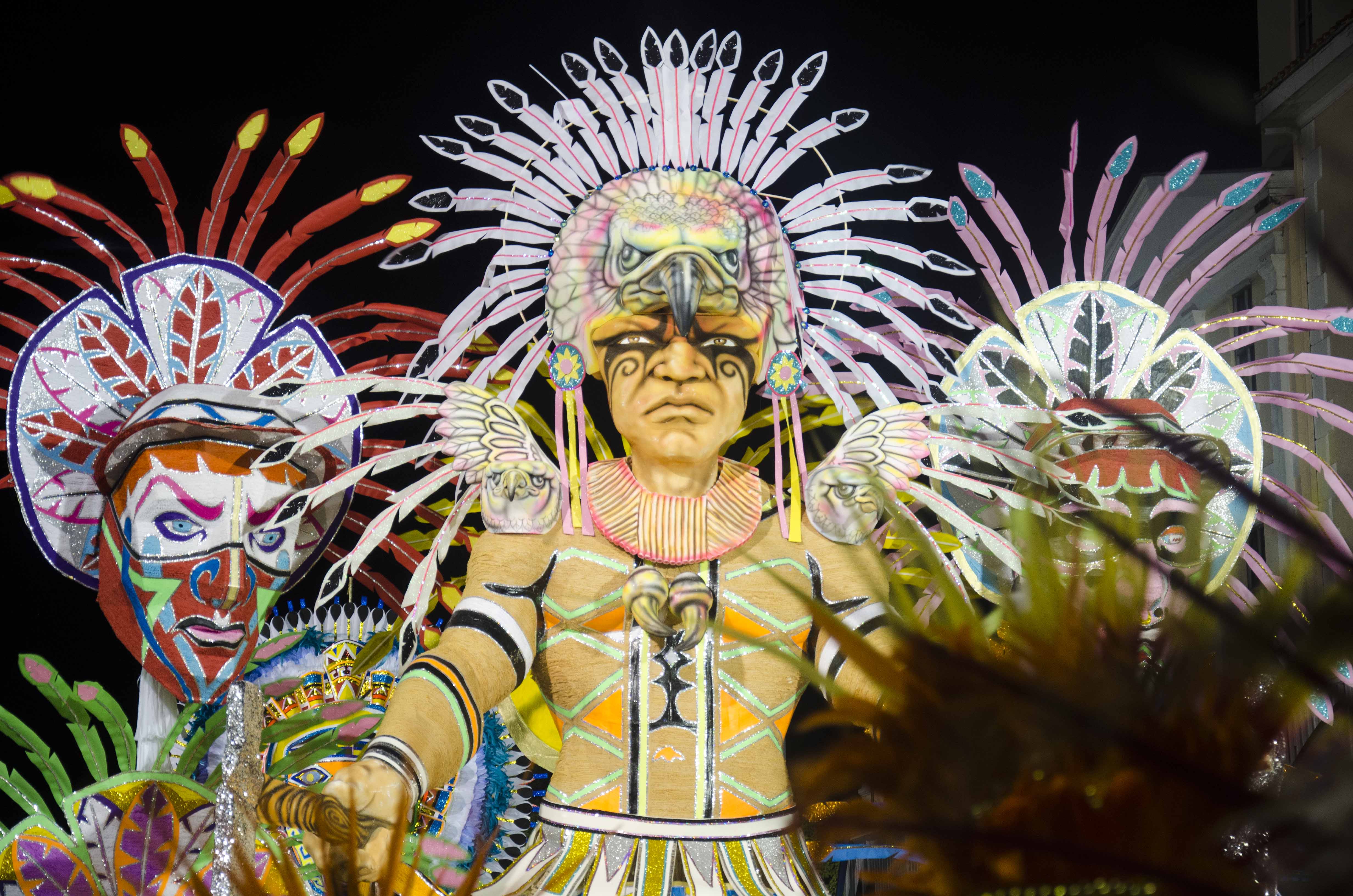 After visiting One Family’s practice a few weeks back, and having a few of their members visit my classes at the University of The Bahamas, I was happy to find they were my favourite group. They had great energy, and aside from wincing at their theme, I thought they looked and sounded amazing. All but the last picture in this post – which is of Roots – are of their performance. 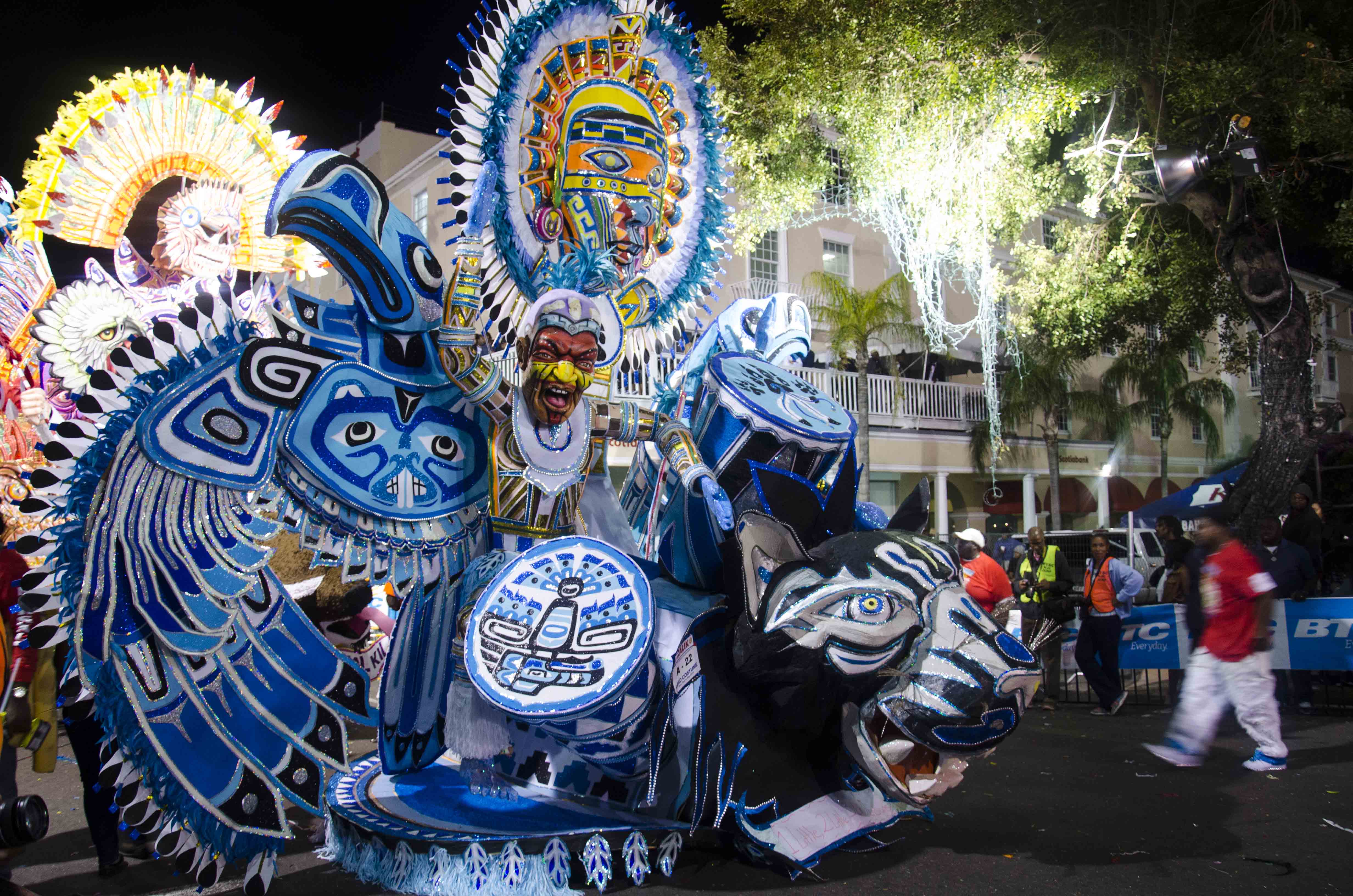 I wanted them to win, but a group I didn’t see won instead, so I can’t really have an opinion about the results. Alex and I stayed out until around 6am, then went home to sleep before our family’s annual New Year’s Day party. 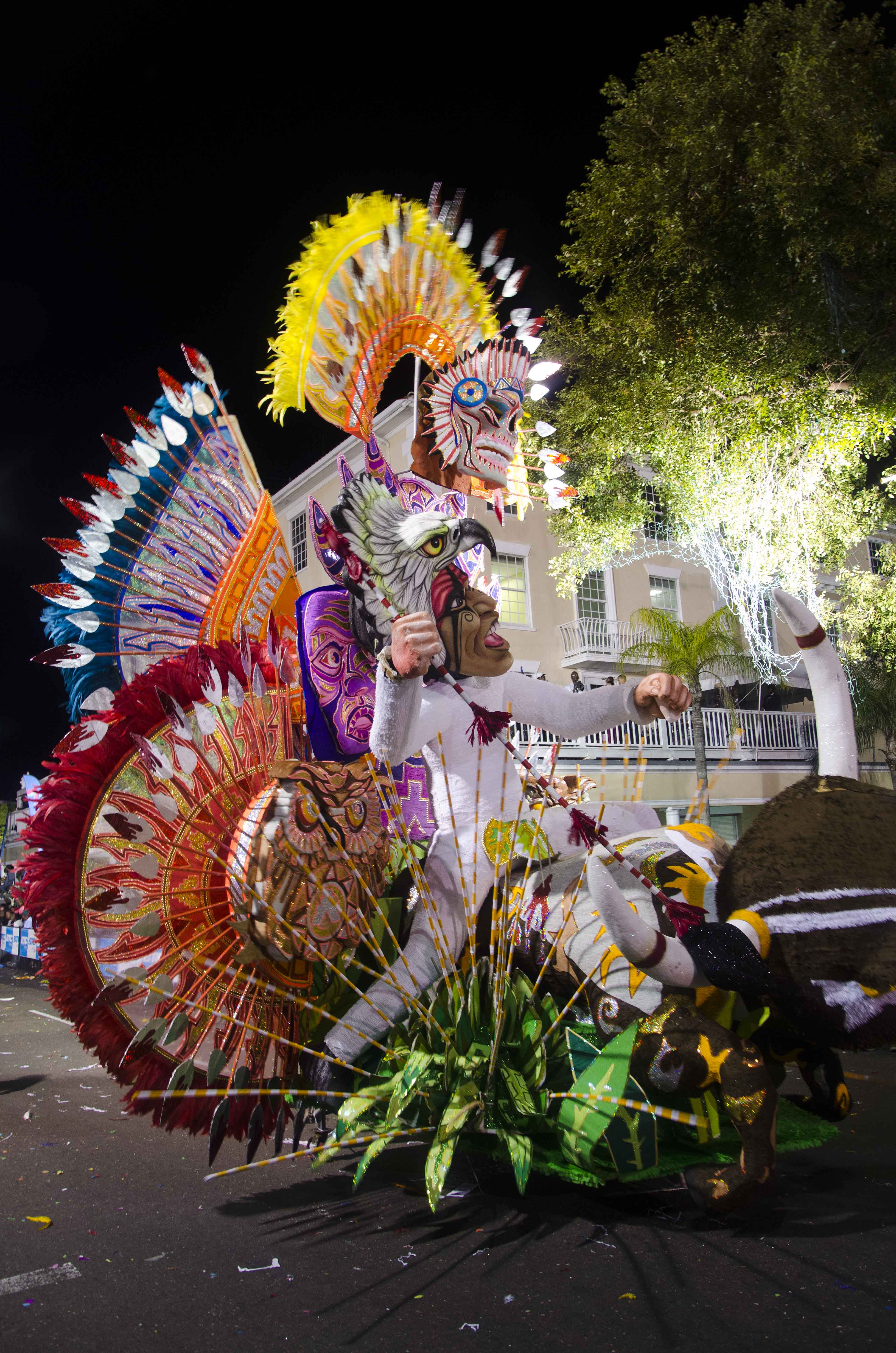 The rest of this week I’ve been trying to get back into normal, non-holiday mode, though that’s been a little difficult because it is cold! I know I’m in the Bahamas, but these sub-70 temperatures, in the middle of the day, are not normal. Yesterday I went out like I was in New York in the fall, and a mug of tea is never far from my hand. If you’re in colder places, I’m sorry for ya! I just read about the possible 100-below wind chill in New Hampshire tonight. Stay safe, stay warm y’all. 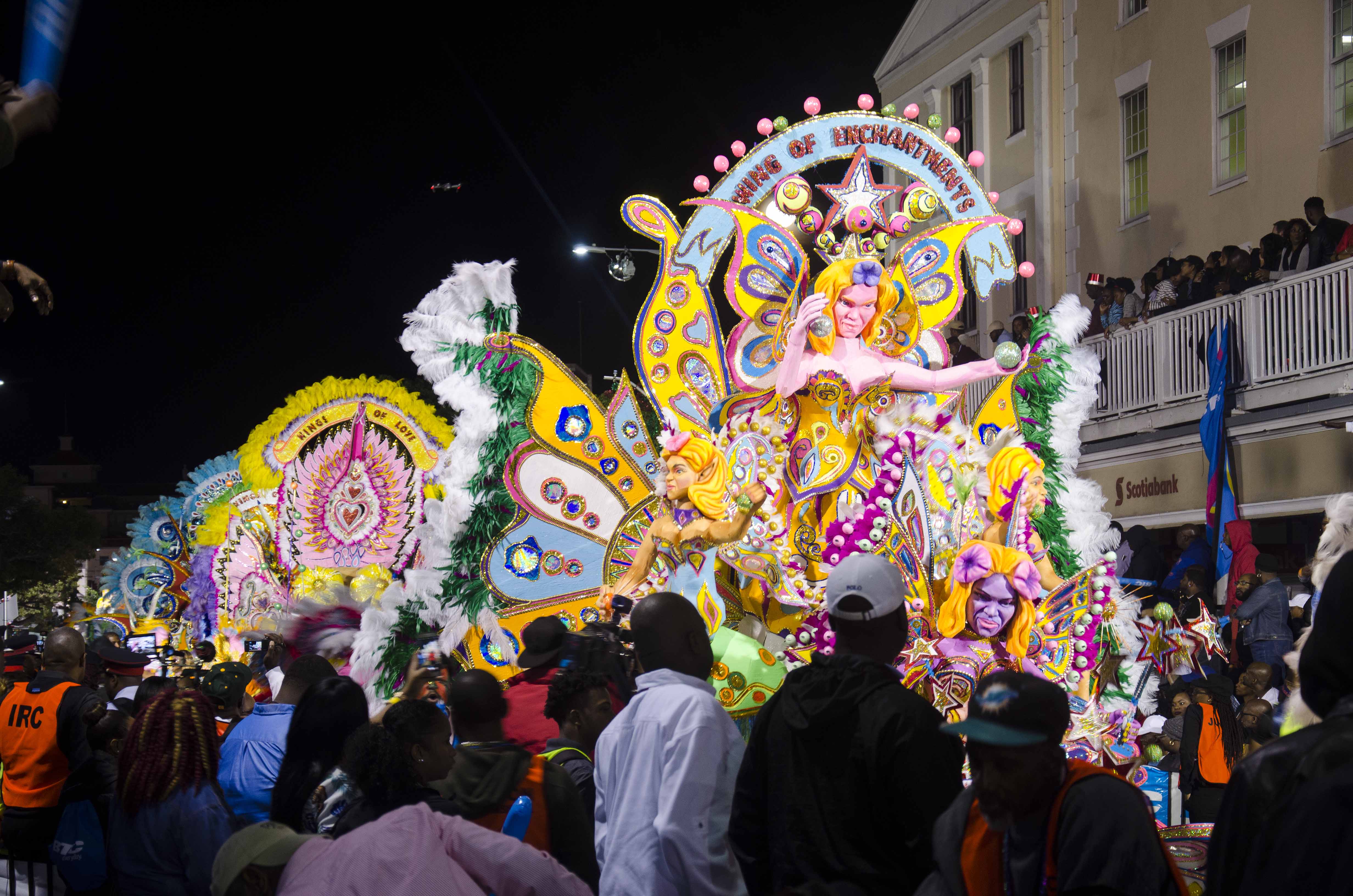