Last week one of my little girl dreams came true: I went behind-the-scenes at a bakery in its early morning hours. Model Bakery is a close-knit, family-run operation and I’m thrilled and thankful they welcomed me into their world. Miss Bridgette, one of the managers, is warm, generous and kind. When I told her I wanted to write about their bakery she invited me to visit during the day and before the shop opened. Both times I was flipping mental cartwheels with excitement. Let me tell ya, I feel the weight of responsibility to get this story right, so I’ll do my best. 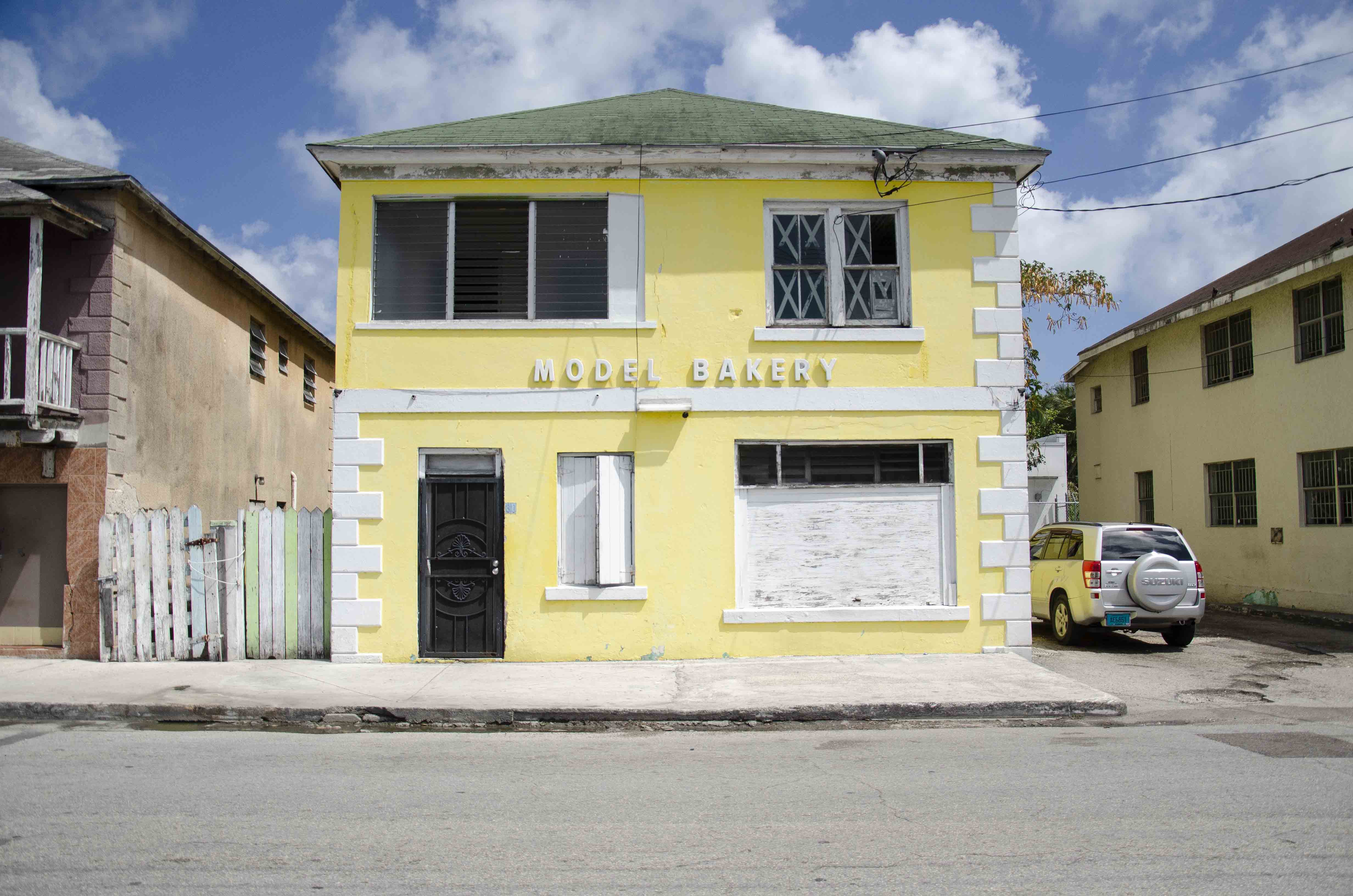 Model Bakery goes way back, way way back, to 1929, when it opened on Virginia Street. (For all you Nassuvians, that’s the little corner where you’ll find St. Mary’s Anglican church). I had no idea it was that old, or that it was opened by a Greek Bahamian, Mr. Louis Louis (loo-ee loo-iss). In 1956 it moved to Dowdeswell Street, where it remains to this day, and where I spent my childhood regularly stopping in with my grandmother. She and I would buy twists, ginger sticks and my favourite – dinner rolls.

Flat on the bottom, domed on top and only about three inches wide, if you’re not careful you’ll polish off your dozen rolls before you make it home. They’re a basic white bread, without the sweetness or heft of the 3S-style rolls. Like everything else made in the bakery, they’re also free of additives and preservatives. Trust me when I tell you this combination of wholesome simplicity comes close to perfection. 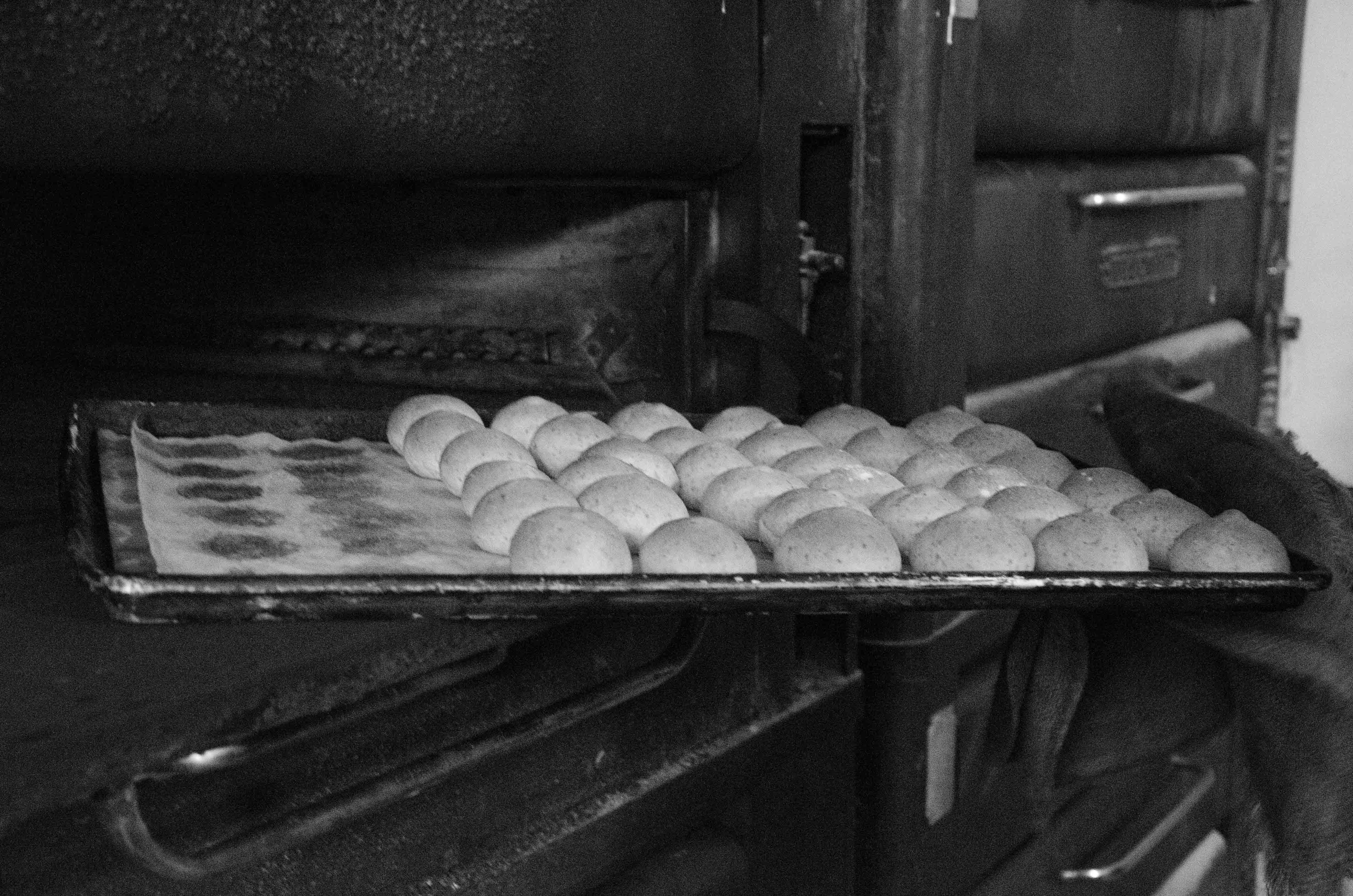 The same dough is used for other bakery specialities: old fashioned (white) loaves, hamburger buns, hotdog buns, ham and cheese pasties, and twists. The bakery also makes wheat rolls, wheat loaves, raisin cinnamon buns, and ’round the worlds’ – which look like a cross between a danish and a doughnut.

The Mortimers have owned and operated Model Bakery since 1973, when Mr. Louis sold it to one of his employees, Wendell John Mortimer Sr. The Louis’ have since scattered, but the Mortimers kept their original recipes and added more of their own. The ham and cheese pasties, for example, are Miss Bridgette’s creation. 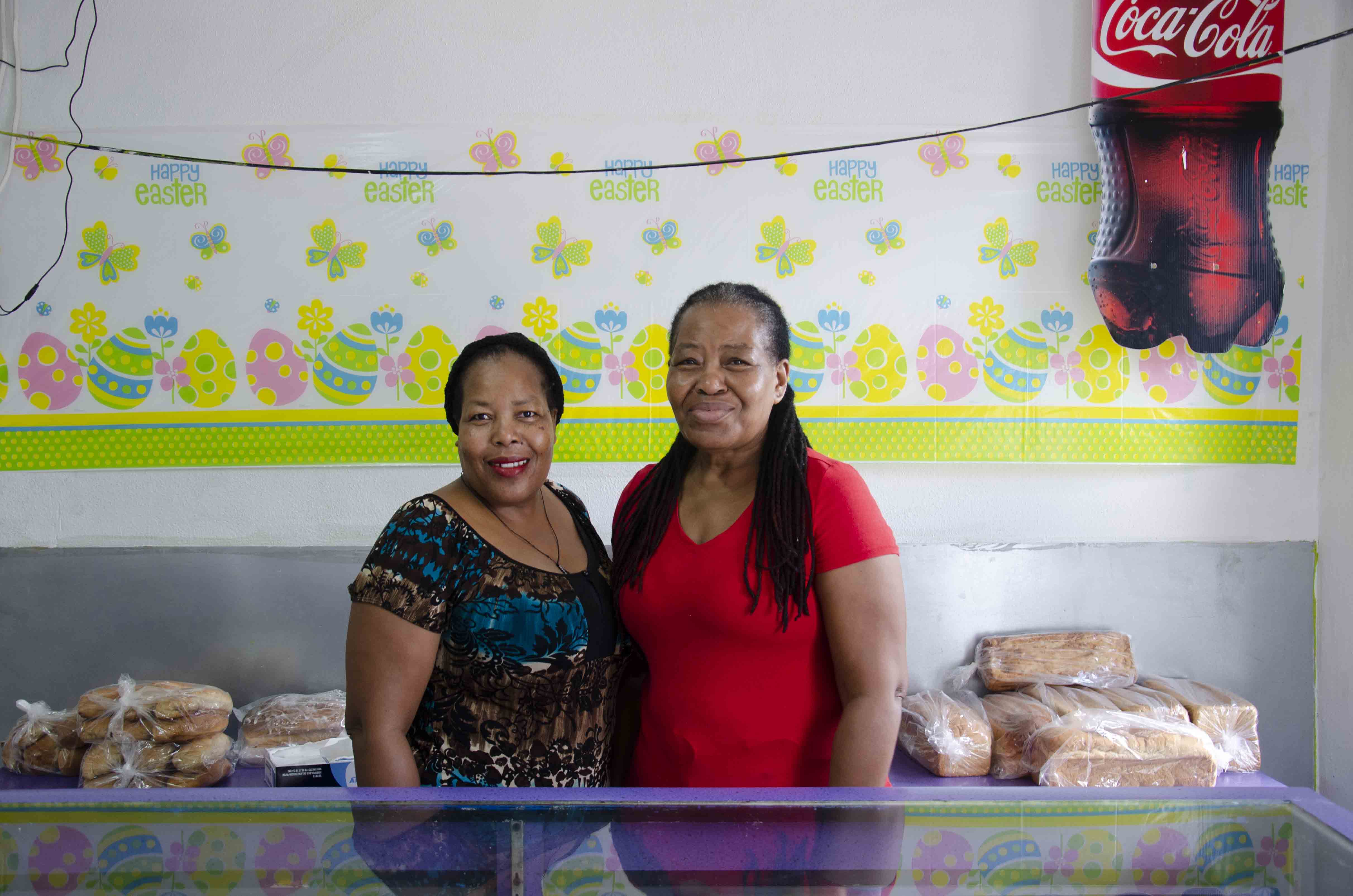 Wendell and his wife Alice had 8 children, 6 boys and 2 girls. The 2 girls, Miss Bridgette and Miss Rose, currently hold down the fort, though they’re getting ready to turn things over to the third generation of Mortimers soon. Miss Rose’s children, Jay and Angel, will be in charge.

Make no mistake, both Miss Bridgette and Jay emphasised that their roles of seniority have more to do with the responsibility of running the bakery, than stakes in its direction or ownership. They see themselves more as figureheads than big bosses. Everyone at the bakery is very close. Many of them have nicknames – Jay and Angel are examples – and the men around the table even have their own language. That’s not surprising, given the fact that many of them started working at the table from the moment they were tall enough to see above it.

Mr. Mortimer Sr, who they all loved dearly, taught his children and grandchildren how to bake. They were proud to tell me about his calm, gentle and encouraging demeanour. Even so, newbies don’t start baking for customers right away. The first job a Mortimer child has is packing dinner rolls. Then they’re allowed to grease the pans, put rolls into the pans, and so on, until you’re like Marvin, who doesn’t even use a watch to time the doughs in the oven. 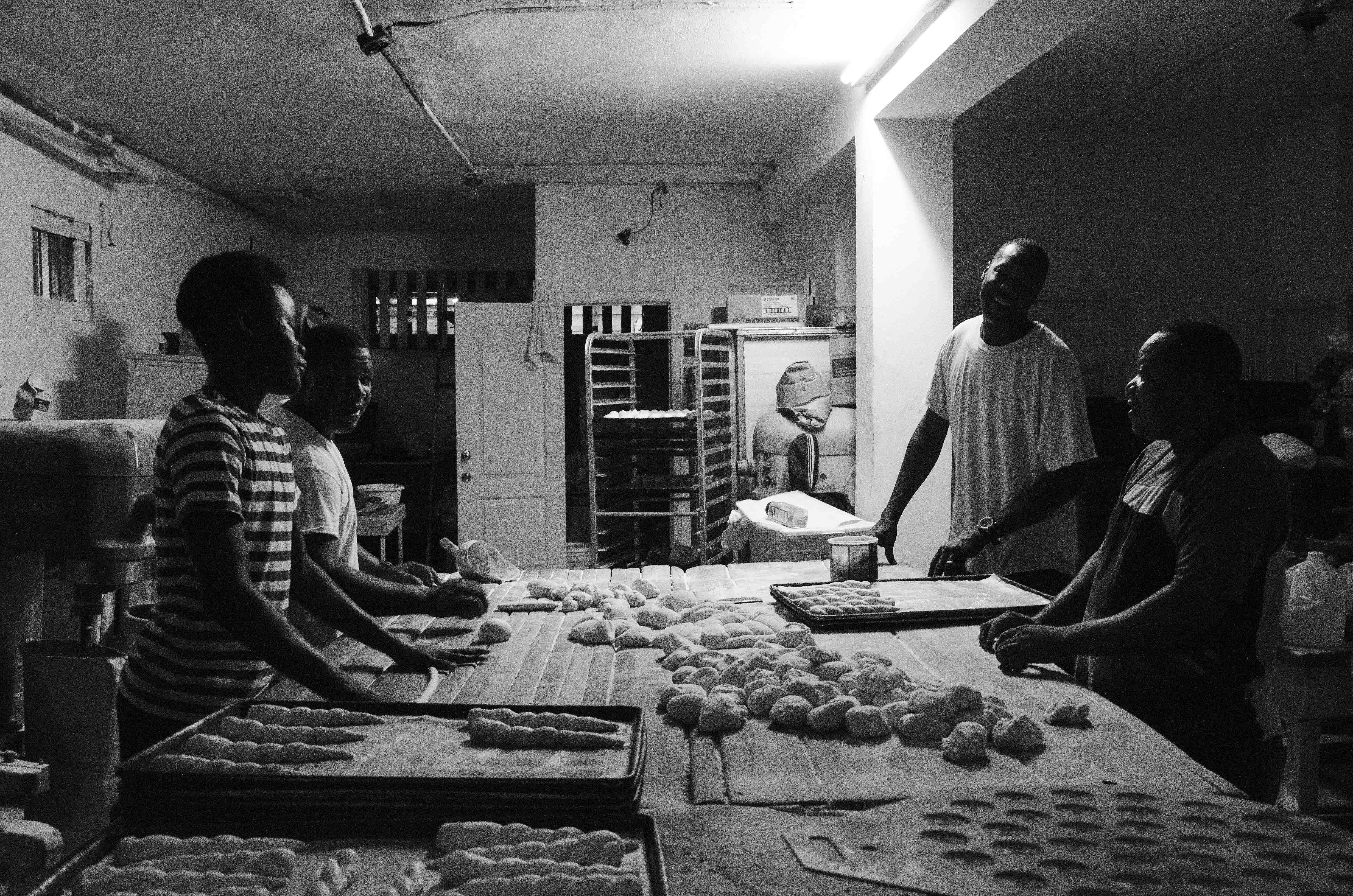 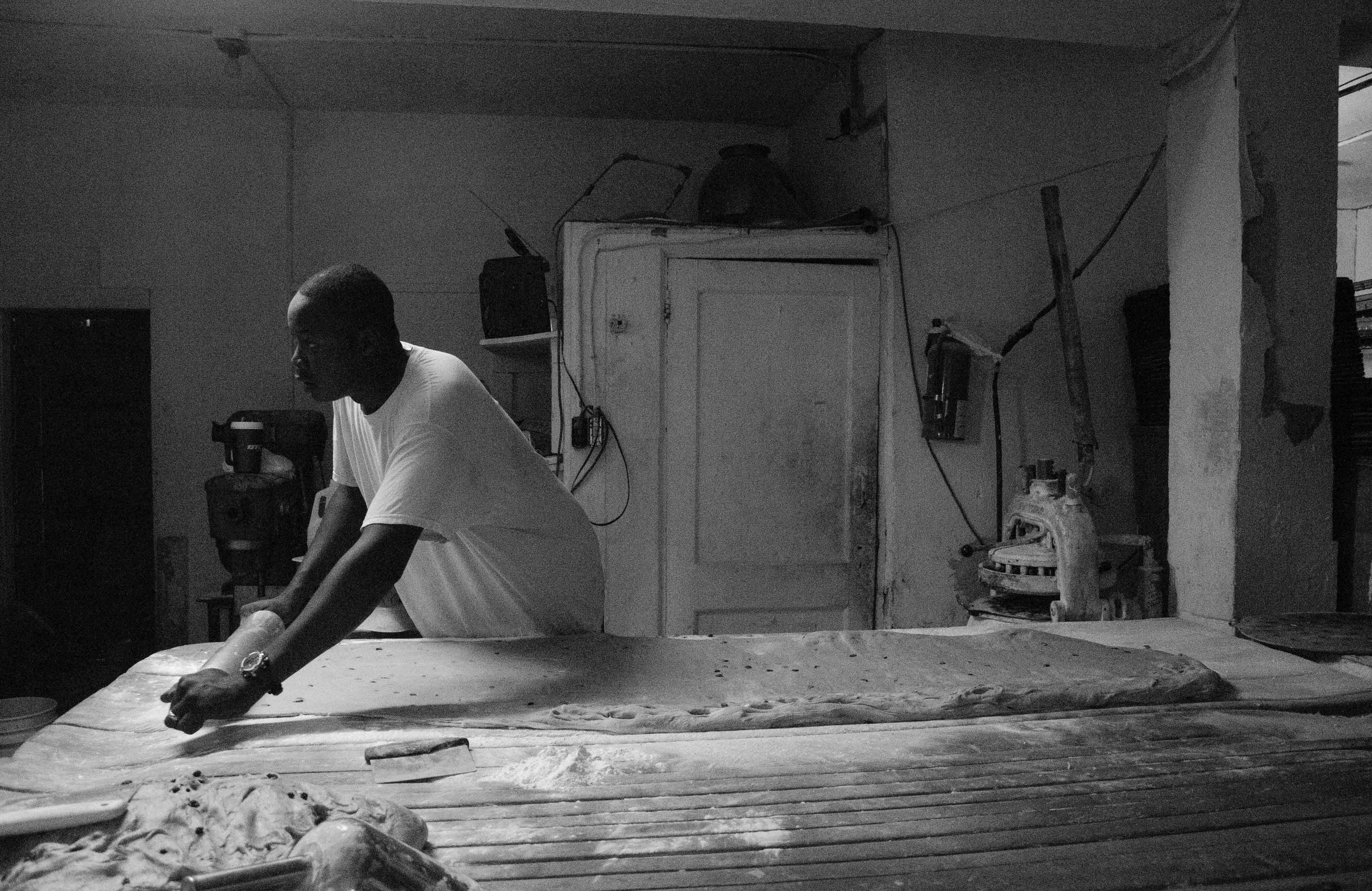 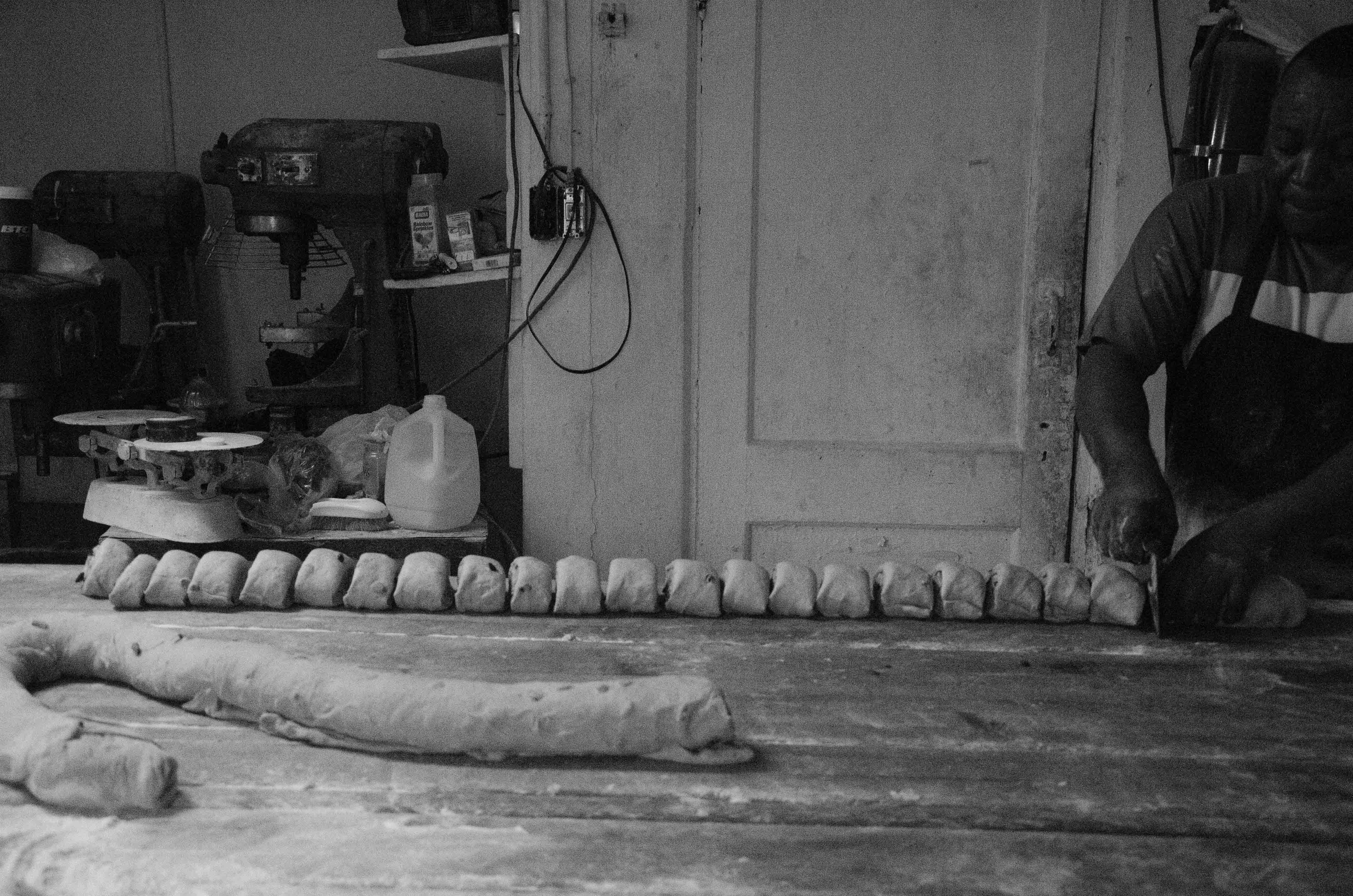 Model Bakery lights up every morning around 4am, when the men gather to mix and roll out the doughs for the day. They use enormous, ancient mixers, iron scales, and a nifty machine that cuts their dinner rolls into their signature shape and size. The old fashioned and wheat loaves are baked in Pullman pans, handmade by one of the men in the second generation. There’s no official opening time, since customers start showing up at the side door as soon as the sky lightens. Most of them are looking for fresh twists or ham and cheese pasties for breakfast, but they’ll take whatever they can get. 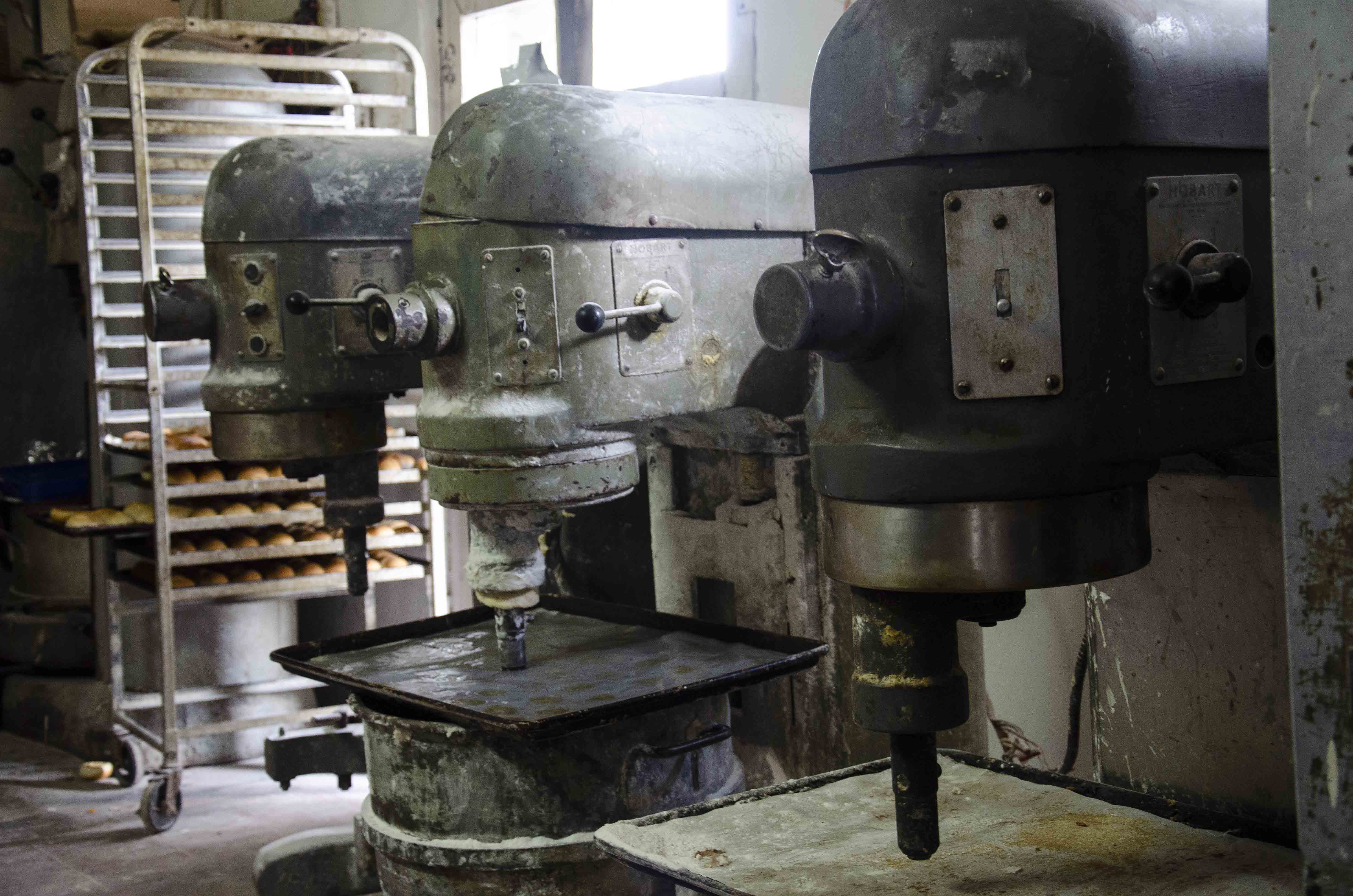 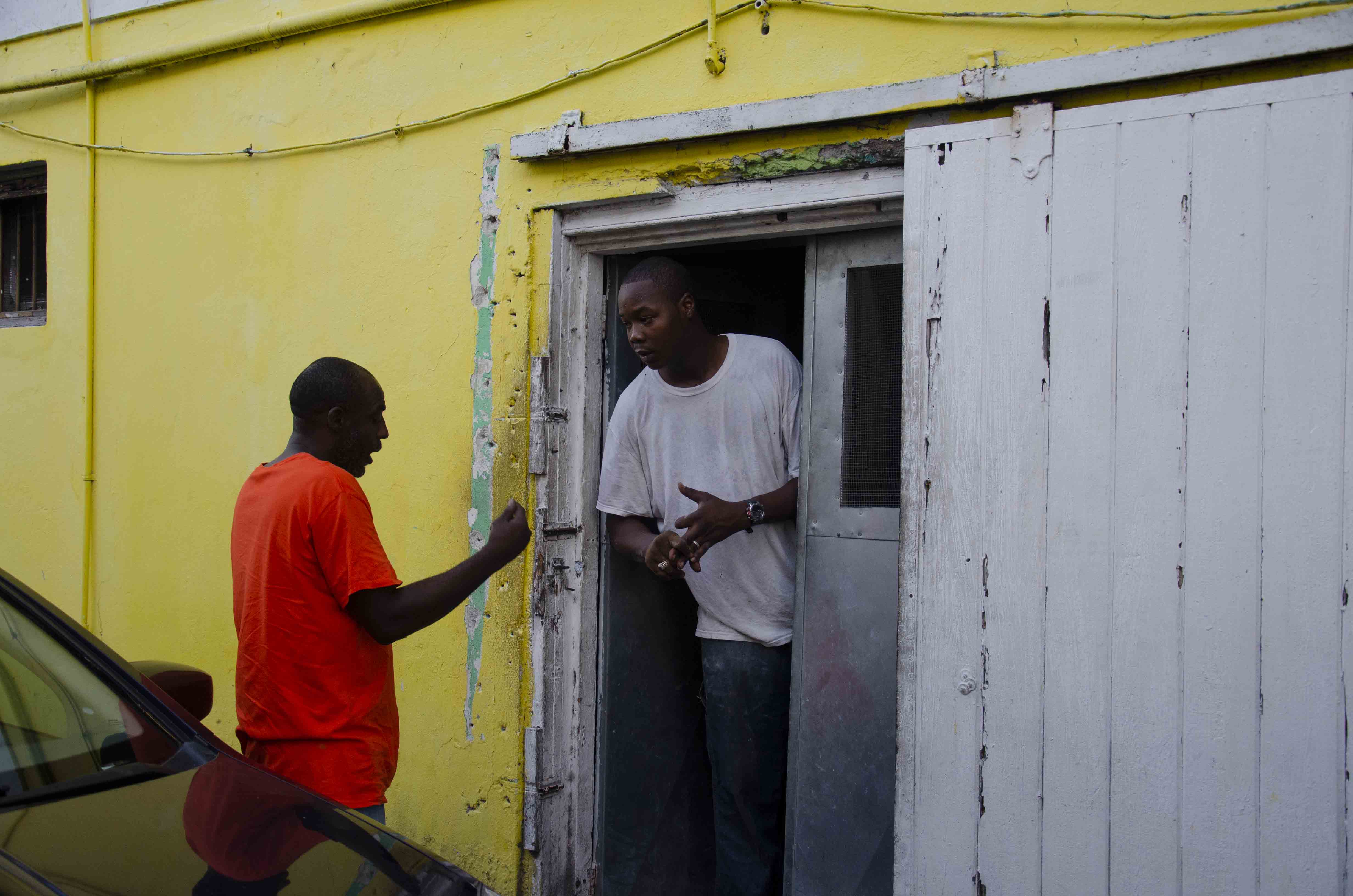 Model Bakery has an impeccable reputation, and despite its humble exterior, churns out several hundred dozen products on a daily basis, for individual and restaurant orders alike. Marvin told me it’s not uncommon for them to make 700 or 800 dozen for restaurants! On Fridays and Saturdays, the bakers make no less than 350 dozen for the weekend rush.

What’s the secret to their success? I asked Miss Bridgette. She gives all glory to God, and the love they bake into each item. It’s hard to explain it otherwise, since she’s well aware of their woeful lack of parking. Whenever it rains hard the bakery is in trouble too, because they’re in a flood-prone area. But customers come back even after getting ticketed, and they make their way to the back door when there’s no access to the main street. With this in mind, Miss Bridgette stressed the importance of customer service. Her father passed on his gentle humility to his children and grandchildren, and walking into the bakery you’d have no idea they were the owners. They’re here to serve us delicious breads and pastries, and there’s no arrogance or conceit despite their nearly century-old history. 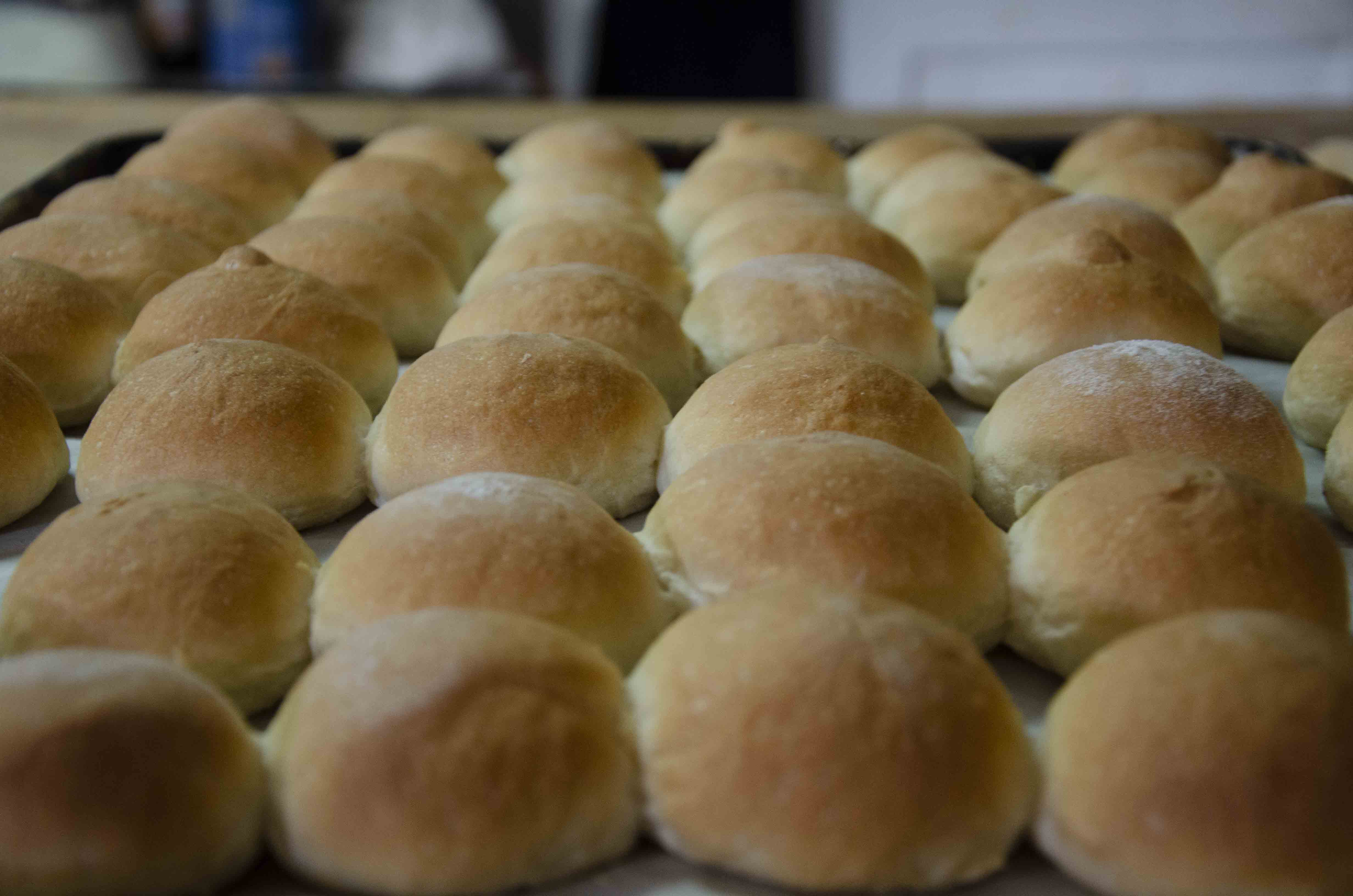 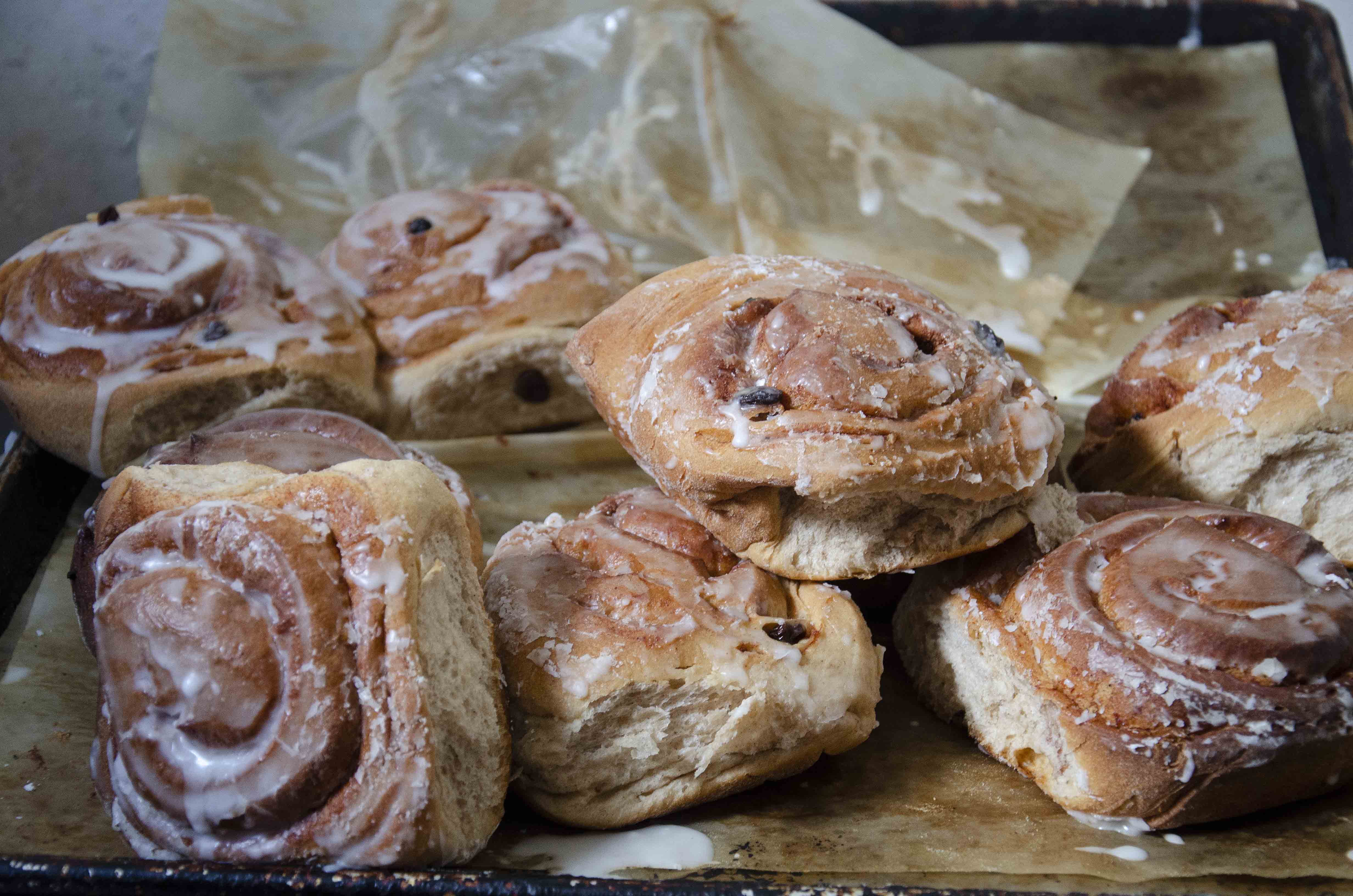 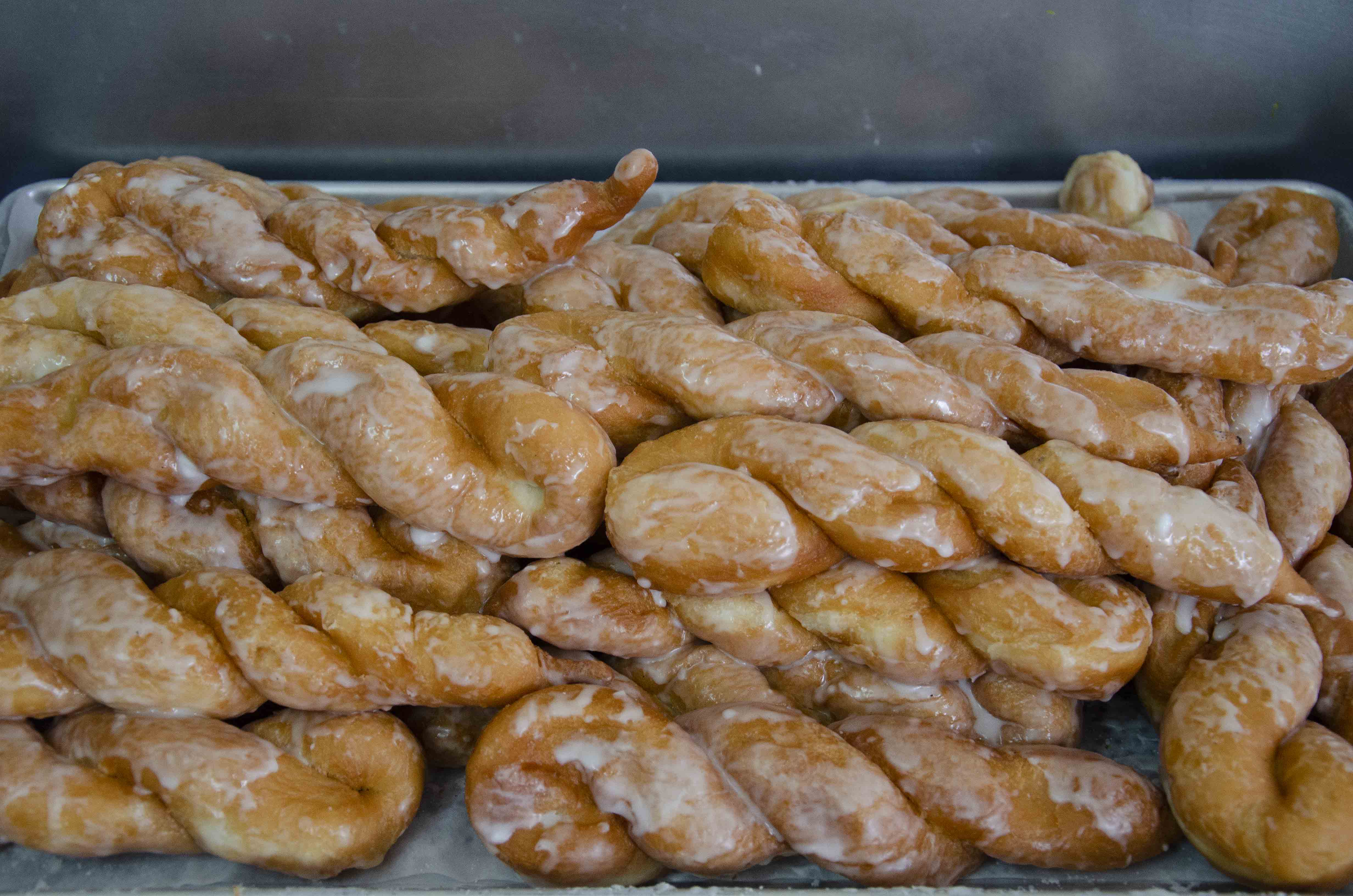 If you’ve spent time in Nassau it’s likely you’ve already eaten Model Bakery bread in a basket at a restaurant, or on a deli sandwich. Maybe you’ve bought one of their twists from your school. If you haven’t gone to the bakery itself though, stop by! The cheerful yellow building will be your first welcome, but after you’ve struggled not to devour your dozen dinner rolls, it won’t be your last. 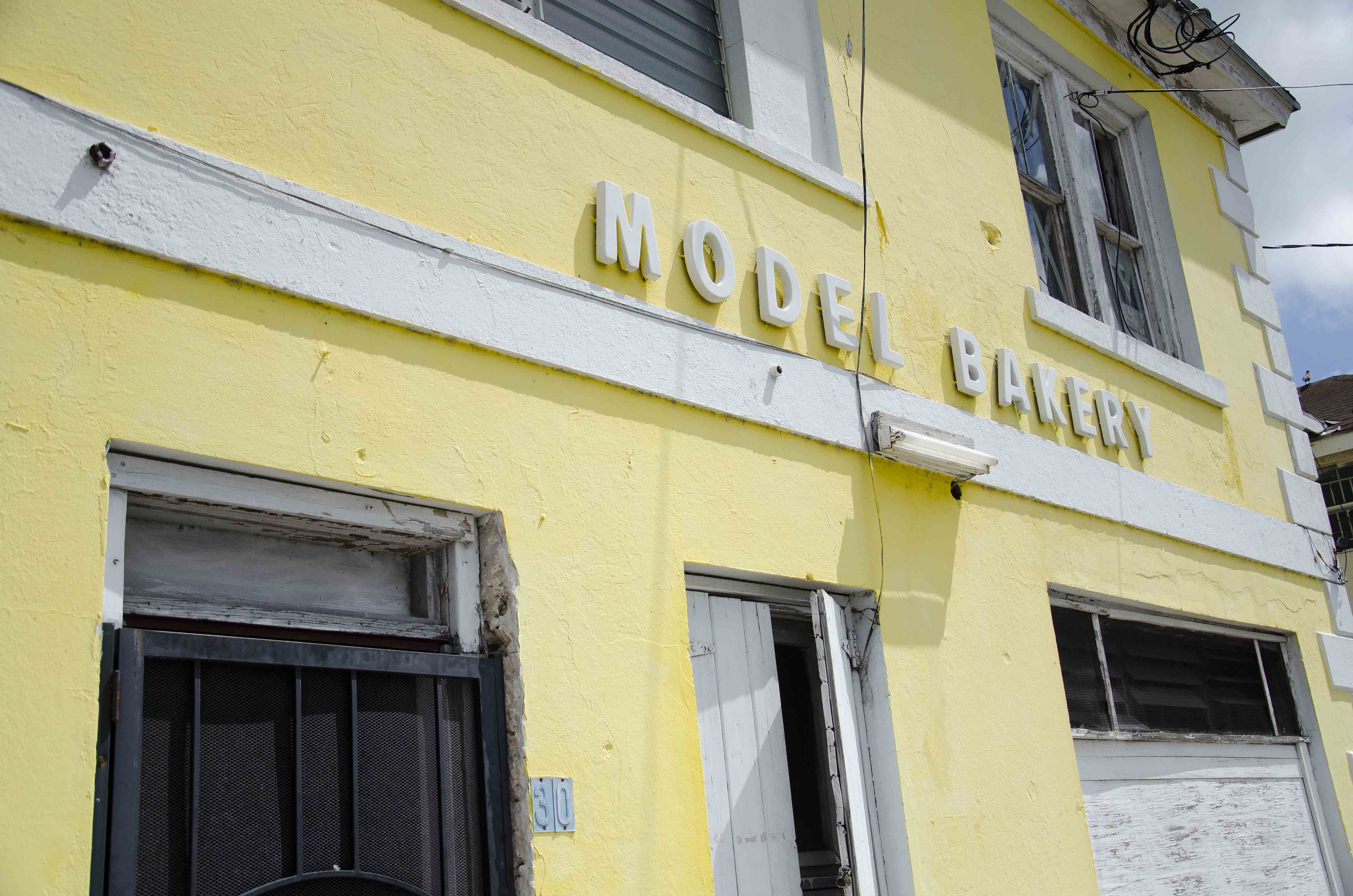