One set of my great-grandparents was Scottish. Brother Tom’s father’s parents. They were the McKenzies, and Cotton – what they called my great-grandfather, moved to Jamaica with his three brothers. I guess they came for land, and the chance to be their own independent, successful men. They spread out across the island, didn’t really keep in touch, with Cotton tucked away in the northwest. Once he got settled, he sent for his wife, Audrey Goodrich.

I learned all this last month, sitting in traffic in Kingston with my dad. I asked him what he knew about his grandparents, and what he remembered. The person he told me most about was Audrey. She was tall, and walked with a straight back, and was quite a bit younger than her husband, maybe 14 years. My dad described her as very nice, and a fiend about eggs.

Whenever he and his siblings would come to her house she’d offer to scramble them some, never making less than two per person, and often as many as a half dozen. As for herself, she loved eggs scalded. I didn’t know what this was until our conversation, but it sounds like a method for soft boiling. Once the water is at a rolling boil you put the egg in, leave it for a little bit and then take it out. Audrey always liked her eggs runny: count to 10 and then remove it from the pot. 😮 As she got older she wanted them basically raw. One of my grandaunts moved in to nurse her, and if she counted even to 10 Audrey would scold her for ‘cooking’ it too long.

I wish I knew a little more about her – what she looked like, any hobbies she had – and one day I laid my desire at the feet of Le Google. As you can imagine Le Google came up rather short, but you know, I tried. I wonder how she felt about moving to Jamaica, and what transitioning into life there was like. How did she feel about the food and drink? Did she like saltfish, or sorrel? (Was sorrel even popular back then?) 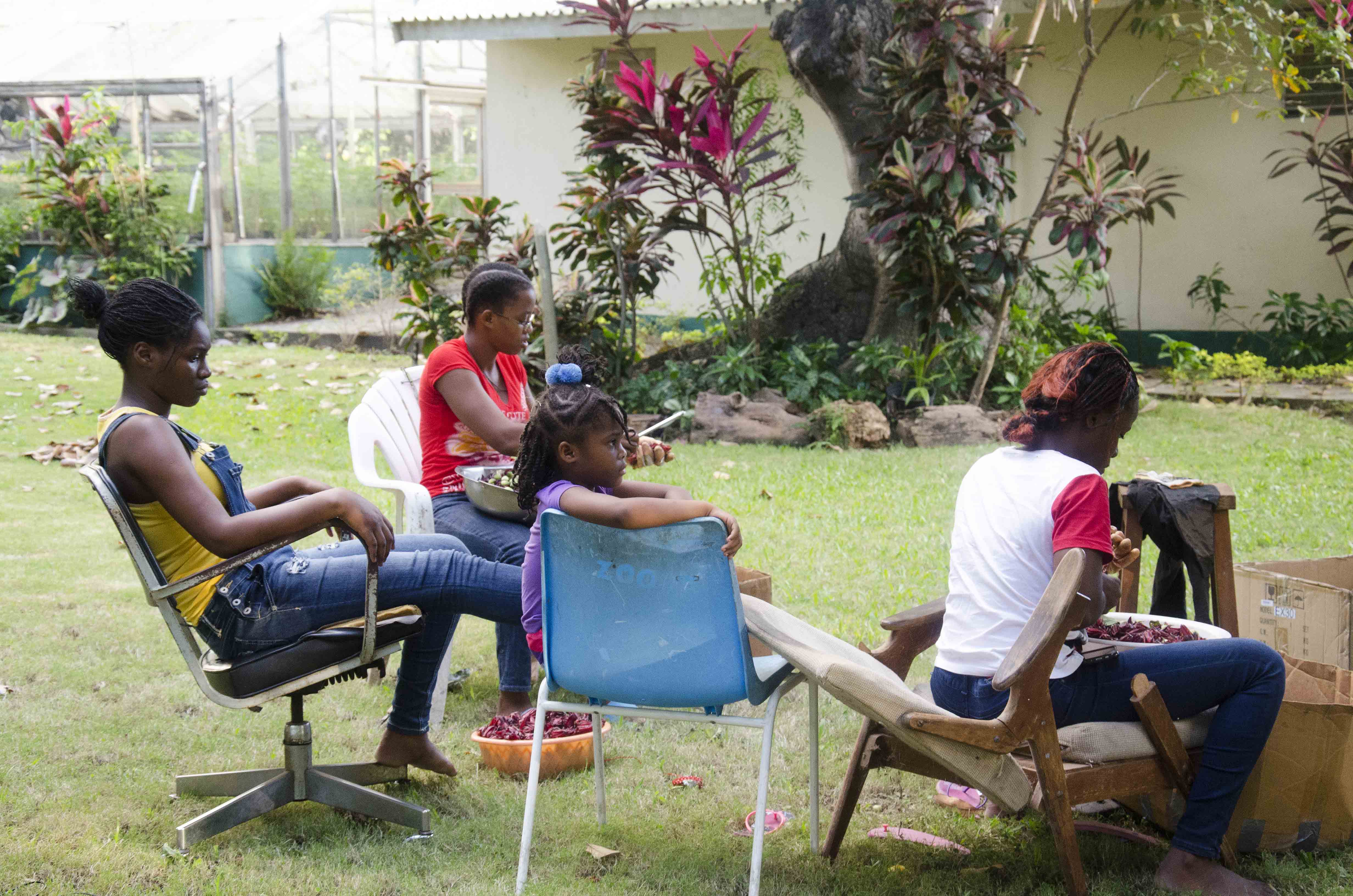 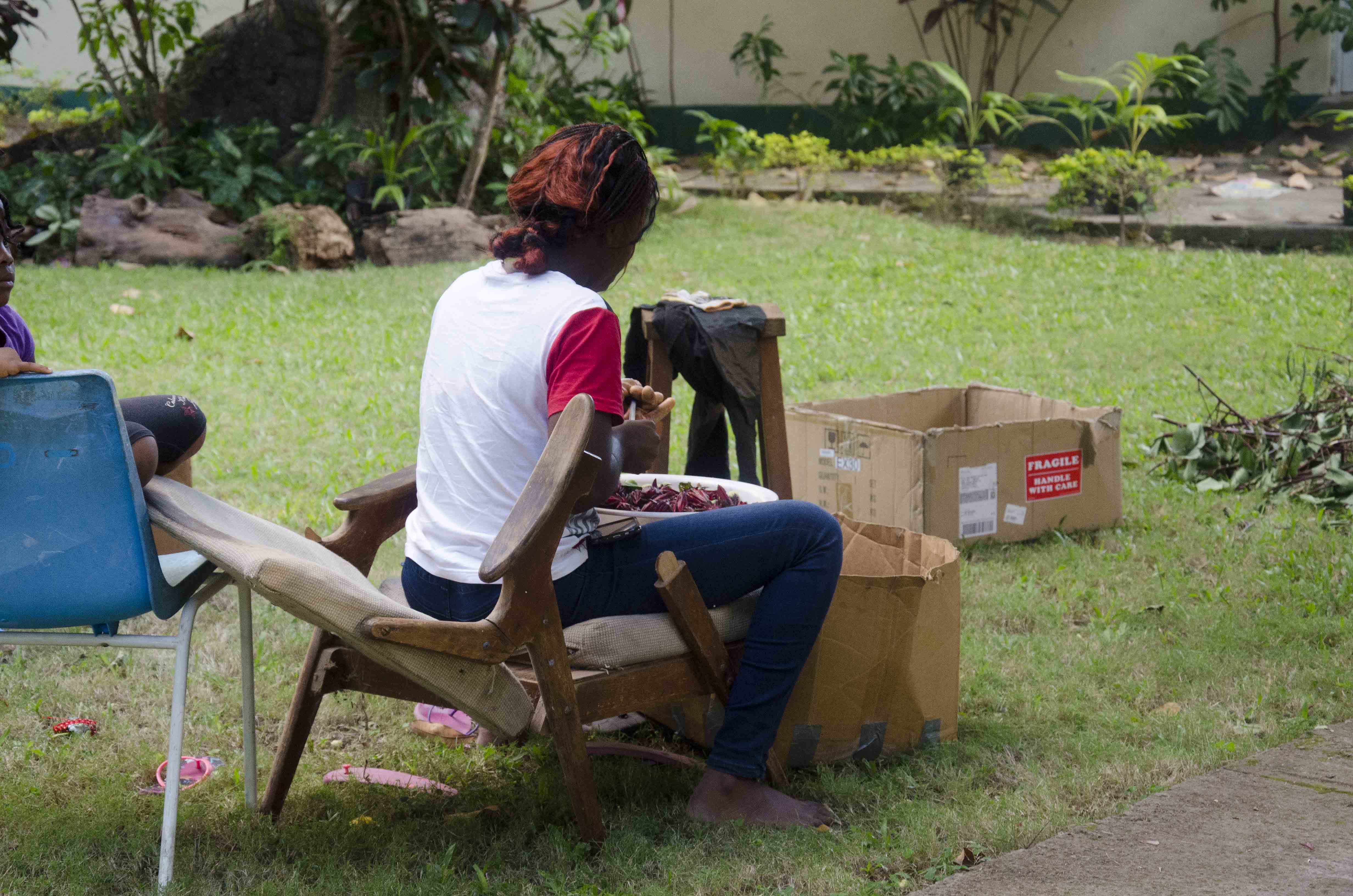 My dad certainly likes sorrel, and I wonder if his particular taste for it – unsweetened – has anything to do with being Audrey’s grandson. I don’t have the answer for you right now, and I don’t even have a real recipe, just some guidelines based on the way my stepmum makes the sorrel for our family. You’ll need sorrel flowers, ginger, whole allspice (known as pimento in Jamaica), whole cloves and water. Boil the water with the ginger, then add the sorrel, allspice and cloves and let them steep overnight, or until cool. Then it’s ready to drink! 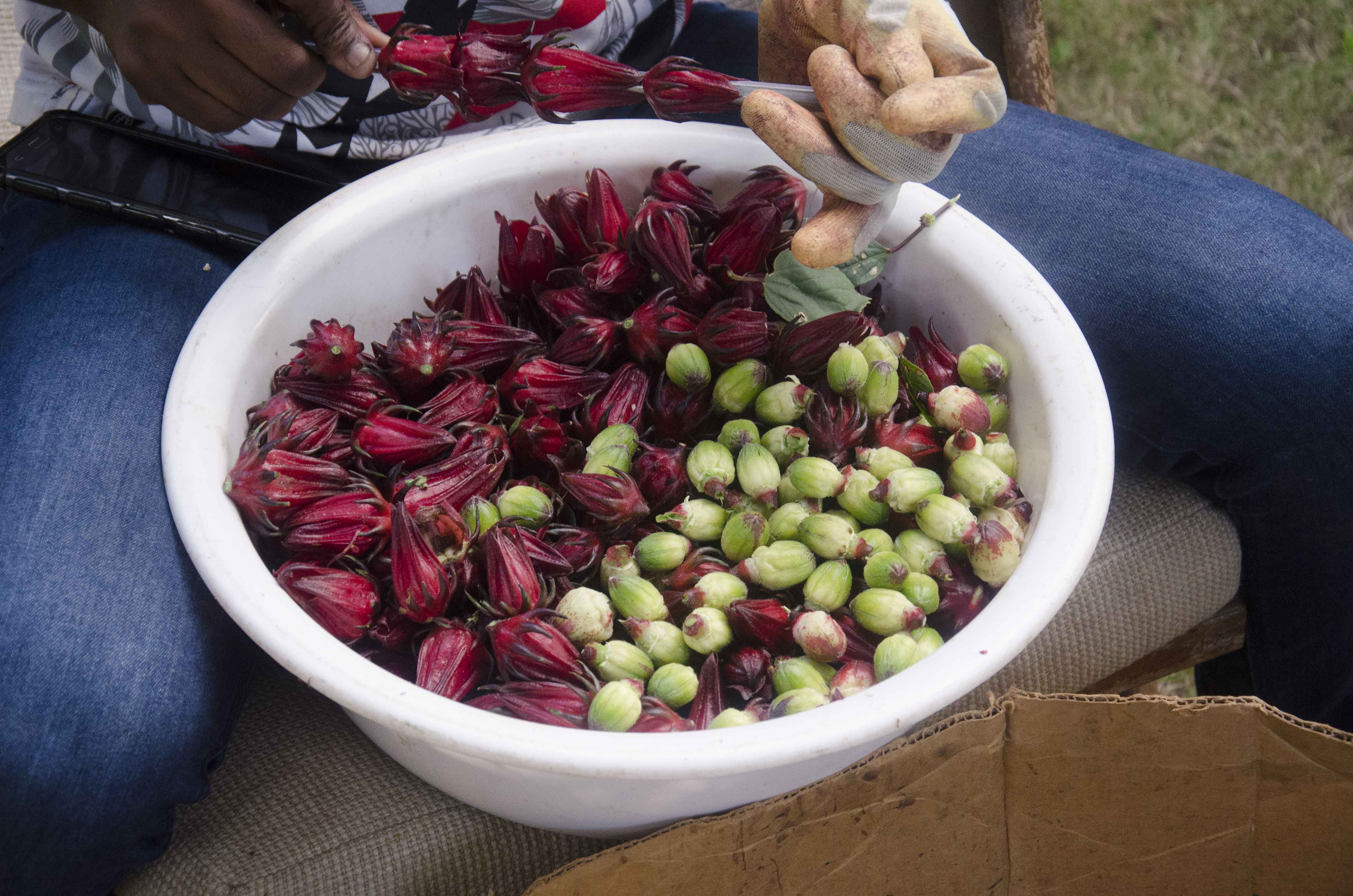 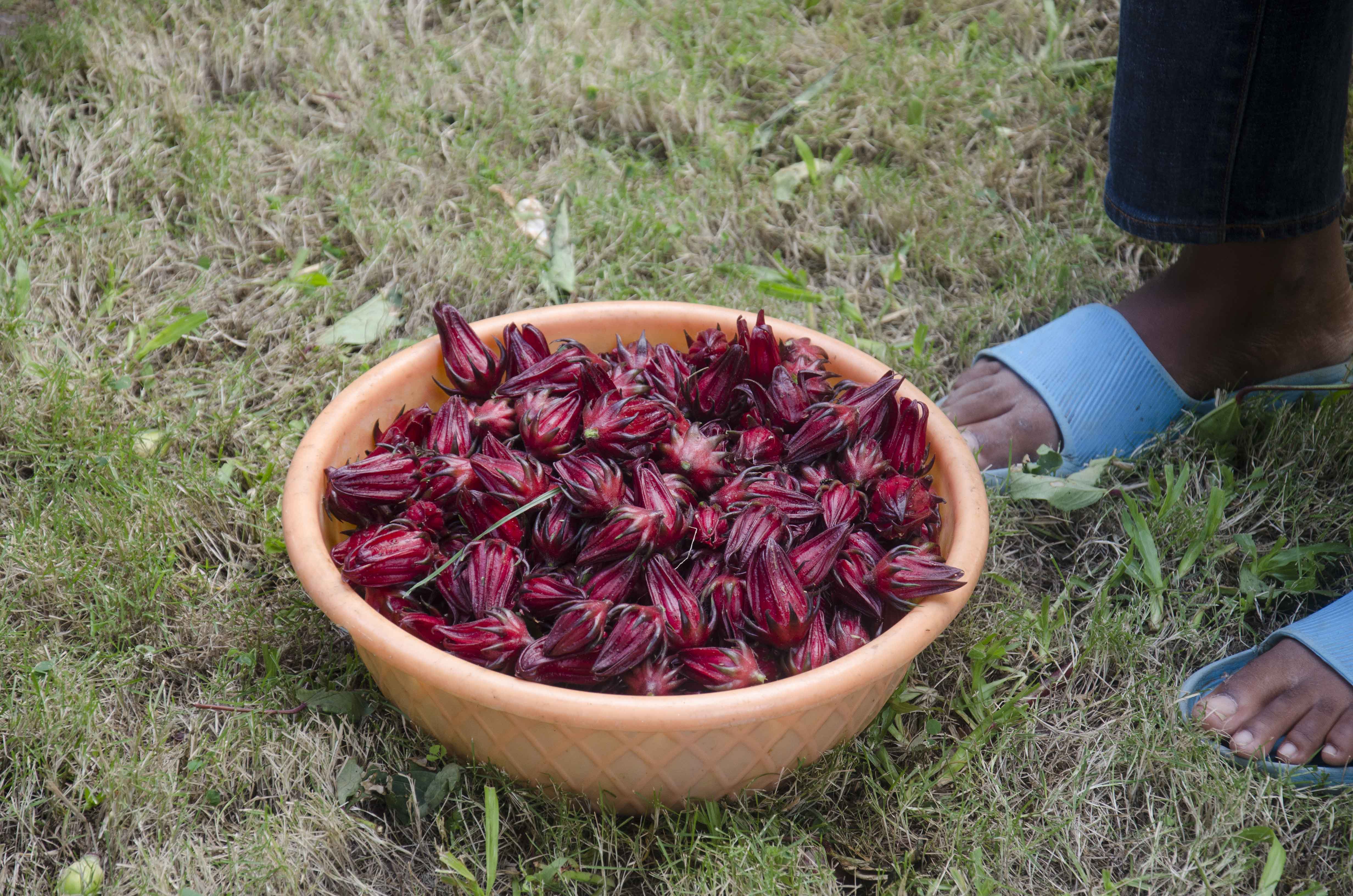 This tea is tangy, from the sorrel, and very spicy, from the ginger. Depending on your taste you may want more or less allspice and cloves. I like it unsweetened, like my dad, but you can experiment and add sugar or honey to suit your taste. In the morning you could add champagne for a fun mimosa, or if it’s afternoon add a spot of rum for a real Jamaican cocktail.

I’m thankful for what I do know about Audrey, and I wonder what she’d think if she knew about me. I only started eating eggs a few years ago, when I was looking for an alternative hot breakfast in freezing Connecticut. Even then I didn’t like them very much; slowly they’ve grown on me, and my favourite way to eat them is probably poached. I don’t think I’ll ever get on Audrey’s barely scalded level haha. Do you think much about your great-grandparents? Are there things you’ve learned about them that you cherish? 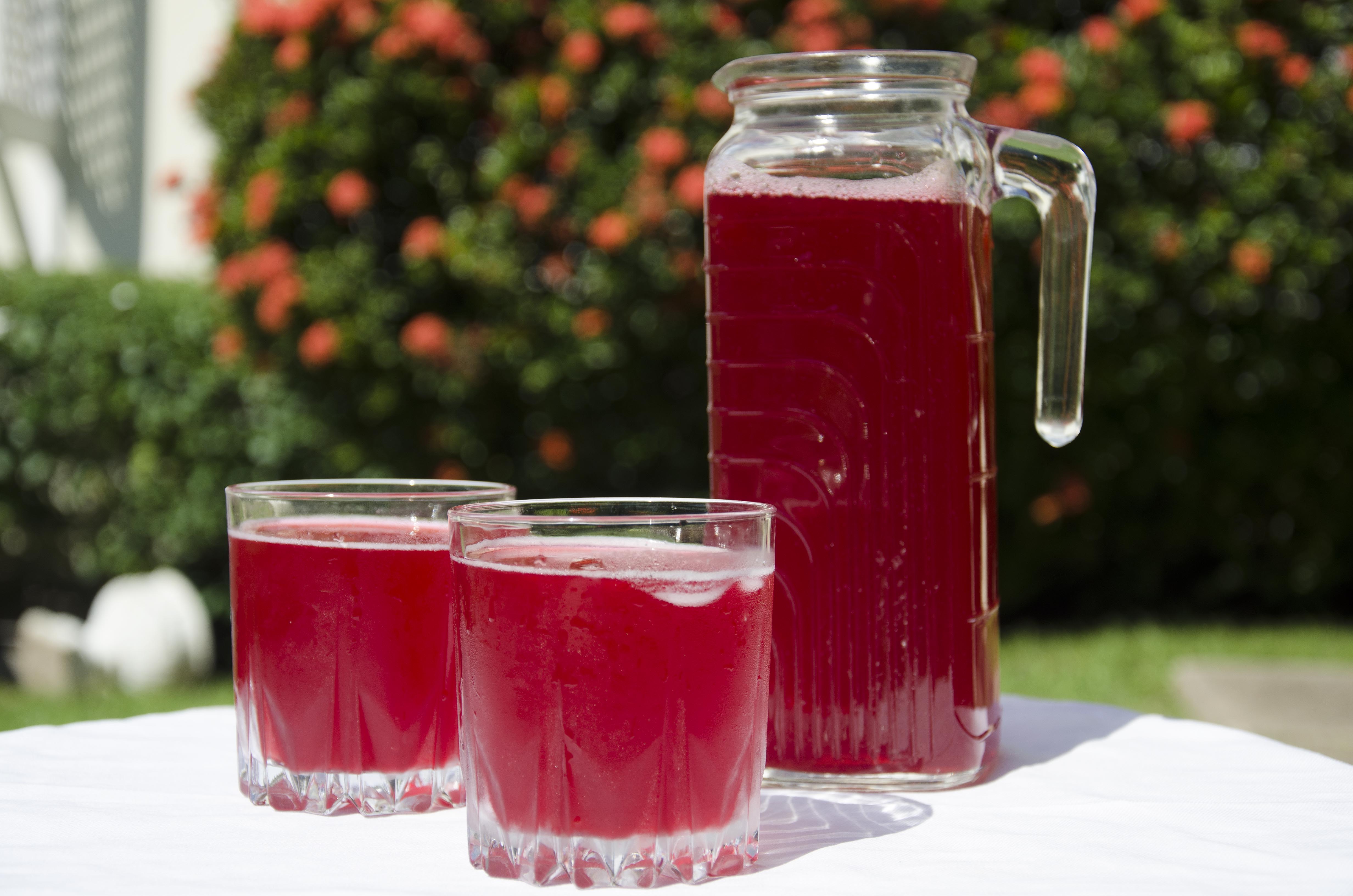 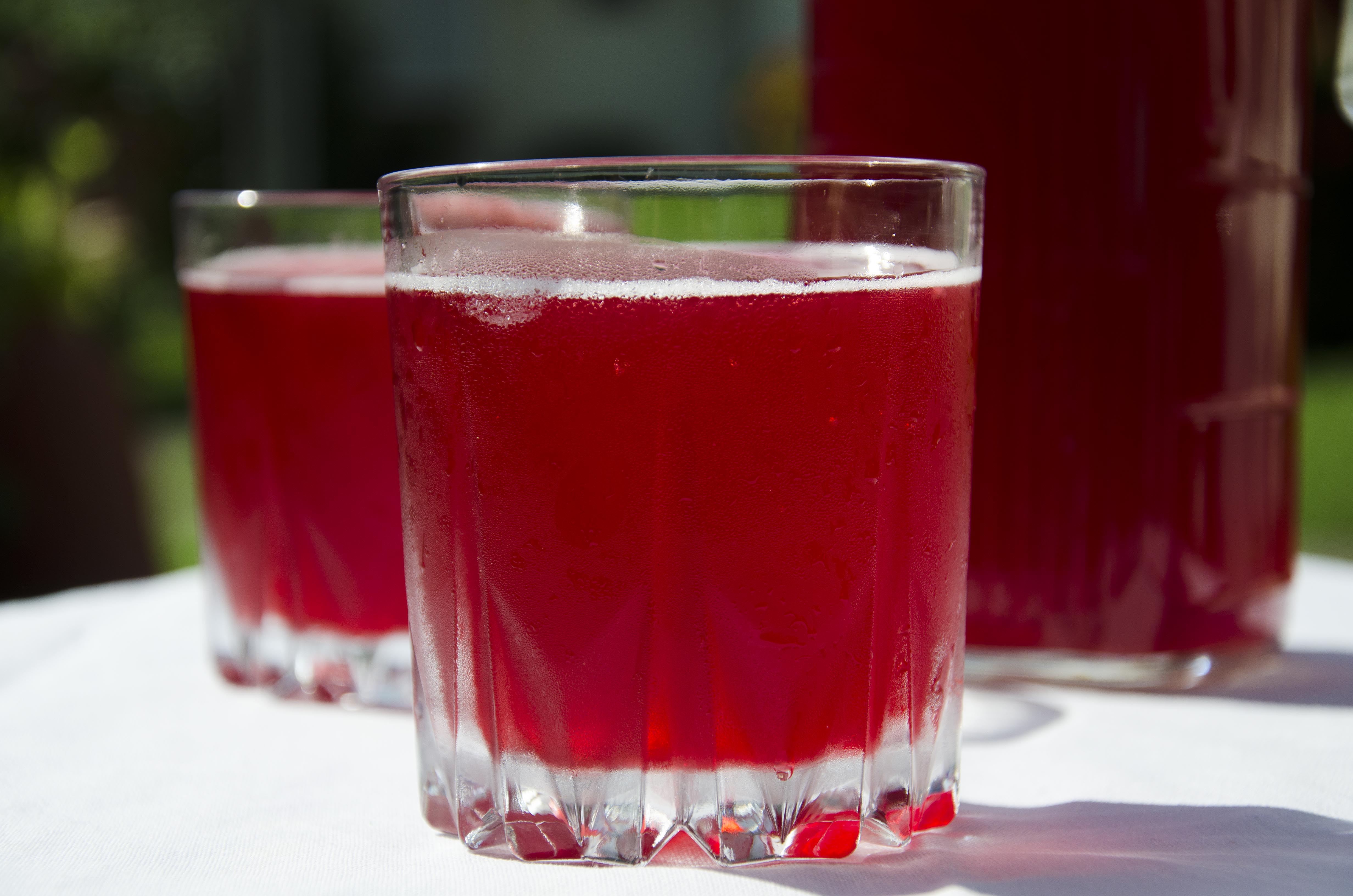